Imagine a coach company whose market dominance is unrivalled here in the UK; who, despite mild competition, is still very much the leader in its domain; who carries millions and millions of passengers each year; who serves over 1,500 places in the UK; and who has around 800 ticket outlets nation-wide.

Imagine that company - who's superbrand name is ranked 179th in the world - deciding it no longer wants the public, i.e. its passengers, to be able to purchase the large guide that contains details of all its timetables, services and fares. This guide had always had a cover price of around £10 and those purchasing it generally had to pay postage costs, too.

Imagine then, the following year, this same superbrand company choosing to prevent its own workforce from having access to its guide. In fact, the company has stopped producing the guide altogether. 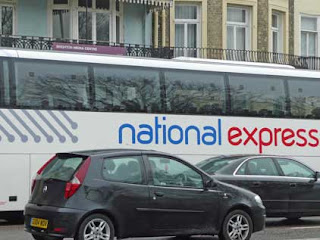 They're the world's 179th superbrand and yet they act in a very unusual way.
I am referring to National Express and their Coach Guide. What other company would, in difficult times when people are turning to public transport as an economic alternative to the train, car and plane, choose to stop the people they want to attract from purchasing its definitive publication that showcases all its services and fares?

It's almost inconceivable, yet a year ago the National Express Coach Guide was no longer to be distributed to the general public; it was only to be given to its coach drivers and travel clerks. Roll on a year to 2 March 2009 and the Coach Guide was then no longer available to any employee.

Sure, the pages are available online and yes, NX are willing to pay its third-party operators £3 per full printed guide they print-off, but the fact that it can no longer be bothered to produce its Coach Guide in full and for sale to the public is yet further evidence of the company's divergence from its core values and unwritten obligations that have put it where it is today. 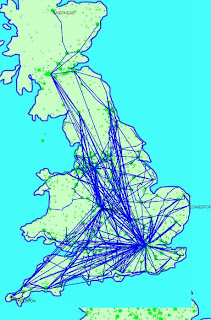 All these places served and yet we're not allowed to purchase a guide containing all the timetables.
NX also don't want you to know that holders of the English free concessionary travel pass can travel on sections of most of their services for free after 0930 on weekdays and at all times at weekends. There are conditions, but as we mentioned last year, many passengers can benefit from this, yet NX choose to make no reference to it of any kind anywhere.

The rail industry produces no publication promoting its All-Lines Railrover ticket, which is amazing when you consider a first-class weekly version of this costs in excess of £500. How many other companies in the UK choose not to produce a publication for one of its most expensive (and profitable) tickets?

This kind of very strange behaviour first reared its head in 2002 when NX withdrew their Tourist Trail Pass (TTP), which was the coach equivalent to the All-Lines Railrover. In 2004 they replaced it with the Brit Xplorer (BX) but for reasons known only to NX, chose to only make it available to foreign tourists, who had to present their passport upon purchase. British coach travellers are still technically unable to purchase an unlimited pass for any NX coach service in Britain, yet there currently poses no problem for them to do so online. While the TTP enabled holders to visit NX agents in order to be guaranteed seats for the journeys they planned to make, the BX is a "whole new exciting product" which does not!! (GL)