Great Train Robbery back in the news

There can't be many people who've not heard of the infamous Ronnie Biggs. On 8 August 1963 he was a member of a gang who held-up a Travelling Post Office (TPO) mail train in Buckinghamshire, while en route to Watford from Glasgow. This theft was the largest of its kind back then, and has been known ever since as the Great Train Robbery.

Recent news reports claim that Ronnie Biggs could be released to spend the rest of his life at home with his family, amid rumours that he is very ill indeed and could have weeks to live.

ITV News, who broke the story on Tuesday, was most concerned with the morality of releasing a convicted criminal, despite being told by a judge that he would serve a life term behind bars. Surprisingly, from the cross-section interviewed by the news programme, those living in the Bucks village of Ledburn - the location of Bridgego Bridge where the robbery was committed - hail the man a legend. 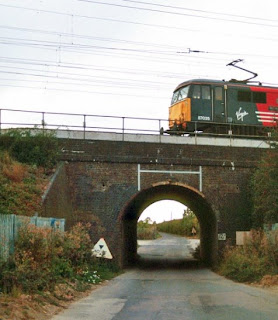 Bridgego Bridge, Bucks. The location where the money was offloaded into Land Rovers

No one was killed in the robbery, though the driver of the train, Jack Mills, suffered head injuries and suffered flash-backs for the rest of his life, dying 7 years later of leukaemia. The £2.6million that was stolen was being sent to the Royal Mint for its destruction. No individual was financially affected by the robbery - in fact, a small cost had been saved in the destruction of the money. One local resident described Biggs & Co. as "Robbing from the rich to keep for themselves".

But, on the other hand, Biggs subsequently escaped from jail in August 1965 - 15 months into his sentence - and fled to Paris where he underwent plastic surgery and then moved to Australia. He fled to Rio de Janeiro and, frustratingly for British detectives, was permitted to reside there as Brazil would only extradite him as an exchange for one of their citizens in Great Britain. Biggs returned voluntarily to the UK in May 2001 after suffering numerous strokes and couldn't afford mounting medical bills. He was arrested and imprisoned immediately.

He has been receiving free medical care while remanded in prison, recently moving to HMP Norwich, and it is from here that the possibility of his early release is being discussed. Being unable to walk, speak, eat, drink or write, it is suggested that he poses no risk to society in general and that his cell could occupy 'proper' criminals. 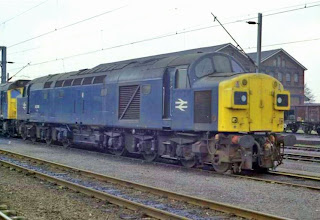 40126, the actual loco involved
It is the latter that the family of Jack Mills, the TPO driver, is very unhappy about. We're used to life meaning up to a maximum of 25 years' imprisonment - as little as 13 years with good behaviour and length of time spent locked-up pending trial, but should an individual who's served as a little as 9 years of his life sentence behind bars, directly as a result of absconding with a significant proportion of the money he stole, be afforded such a luxury?

Great Train Robbery facts:
Known as the Magnificent Seven, details of all Class 40s currently in preservation can be seen by clicking here. (GL)