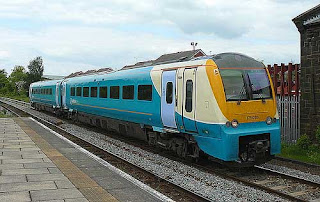 Valleys Lines services from Treherbert, Merthyr, Aberdare, Bridgend, Barry Island and Penarth had to be cancelled as a result of the 'strike'.

In actual fact, train drivers were invoking what is known as Barbecue Day within the industry. Many train operators' contracts do not force their employees, be they drivers or guards, to work Sundays. ATW is one of these train operators. Their disgruntled drivers were simply showing their unhappiness at their ongoing pay negotiations by choosing not to work on Sundays en mass.

With Sunday working being voluntary there is absolutely nothing their employer could do other than to make wholesale cancellations across its network and provide skeletal replacement bus services. Making matters worse was the estimated 30,000 rugby fans Police said attempted to come into Cardiff city centre to watch Wales’ Six Nations opener against Scotland at Murrayfield on big screens in the city's pubs and bars.

ATW's ferocity as a result of its impotence wasn't shown, with a mild-mannered press release being issued that stated the action was very much unofficial and that it was not backed in any way by the main train drivers' union Aslef. It would appear the catalyst for the dispute is the differential in pay drivers working for Arriva's other train company, CrossCountry, receive each year - £47,000, whereas ATW drivers receive £32,000.

The fallout from the dispute was felt this morning as trains were not in their correct starting positions for the Monday morning commuter services. ATW offered an apology. Could they honestly do any more?

In the LEYTR area, one of our train operators has no power to force its drivers or conductors to work Sundays and Bank Holiday Mondays. Employees of East Midlands Trains (EMT) are free to refuse to work these days and in the past few years this has caused much anguish to the travelling public. We understand that any new employee to EMT now has a contract that does state mandatory Sunday working.

Regularly, over the past few summers, when EMT's predecessor National Express-owned Central Trains held the franchise for the same area, leisure travellers to the Lincolnshire Coast were seriously inconvenienced as trains were cancelled and replacement buses drafted in, while conductors and drivers were reputedly attending a big summer party at a Nottingham employee's house! 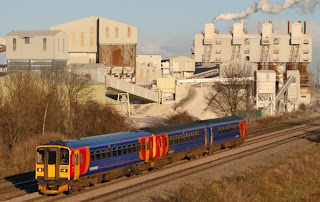 Is it right in this 24/7 society of ours for such disruption to be permitted by so few? Is there really nothing such influence-wielding transport operators such as Arriva and National Express can do?

The outcome must be prioritised to ensure that:
At the root of the problem, as ATW's drivers have made known, is money, and in the current climate of slowed growth on the railways and the government wanting its subsidy repayments, there's not a lot of the stuff about! (GL)