The OFT's jolly to Eastbourne 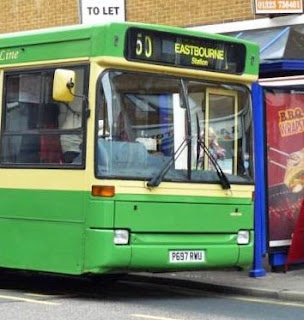 Following Stagecoach's recent acquisition of the world's oldest municipal bus operator on 26 November 2008, just over a week ago they snapped-up its main competitor, Cavendish. Ten days after this latest acquisition, Stagecoach announced that in order to restore order to the bus operation in Eastbourne, it plans to close the Cavendish operation completely, with the loss of all 65 jobs.

On the face of it, this is surely Stagecoach reverting back to its old ways, or is it?

One of the main contributing factors in Eastbourne Buses' demise was Cavendish. This operator ran in direct competition with the municipal company and yet offered no evening services. Neither operators' fleet was awash with the latest body and chassis designs either.

Stagecoach has indicated that Cavendish's closure and the expansion of the core Eastbourne Buses network is, in its opinion, the best way to salvage the fallout of the last few years' competition there. It would seem that unlike Stagecoach's recent victory in Preston, competition in Eastbourne was far more low-key and involved neither operator splashing out thousands on the latest vehicles. Council-owned companies have far greater priorities than directing more cash towards their bus fleet!

The proposed expanded network in Eastbourne will require an additional 23 drivers and those with Cavendish will be given priority for these posts; additionally, Stagecoach has indicated that it has vacancies for drivers at its other depots in the area and that Cavendish drivers would be offered these, too. 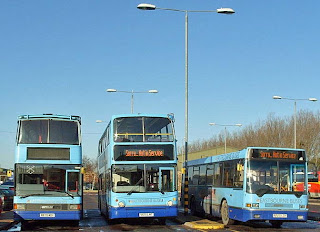 The OFT will be planning an outing by the sea in the very near future that's for sure. Quite what they'll make of it isn't clear. Eastbourne Buses was the penultimate operator in our list from last year that noted the largest 35 independent operators; Cavendish was even smaller, but is this any reason not to ensure the same scrutiny is made of the purchase? Hitherto the OFT has placed many restrictions on Stagecoach following its acquisitions, though have later gone on to lift virtually all of them. We mused on the likelihood of this happening in Preston, but there has been a 2-year guarantee to maintain driver numbers there. (GL)