LEYTR Chairman Paul Hill commented in the latest edition's 'Chairtorial' that such was the opposition to congestion charging in Manchester that Roger Jones, chairman of the Greater Manchester PTA , was beaten into third place in the recent local elections by those who were against congestion charging in the city. Some claimed that the motorists, rather than the public in general, had spoken although no bus operator in the Manchester area shed a tear over Jones' departure as he was also seen as a keen advocate of renationalisation. 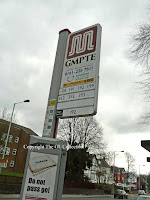 But 2 days ago saw the government announce that Manchester's bid for Transport Innovation Fund (TIF) money had been successful. Part of this bid was for the implementation of a congestion charge of up to £5 per vehicle per day to obtain access to the city centre, though unlike London's 'blunt' blanket charge, that which could apply in Manchester would be far more pointed.

Should we get hung-up on the politics of it all? Frankly we're more interested in what the TIF money will deliver for public transport in Manchester!!

The TIF package proposal is for: 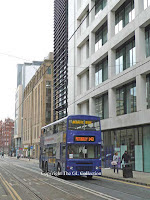 * Doubling of park and ride provision on rail/Metrolink networks

* Information displays at all major bus and train stations giving passengers up to date information on when their bus or train will arrive.

* Improved roadside information for drivers, warning them of accidents and delays Specifically, as you'd expect, it's the congestion charge element of the TIF bid that is currently receiving staunch opposition, no one more critical than Manchester Blackley Labour MP Graham Stringer, who claims that support for this element of the TIF bid could damage support for his party. He told the BBC that Labour support in the Manchester area could be severely damaged by government backing for a road pricing scheme, charging drivers up to £5 to enter the city at peak times.

He described the plans as “another wedge that will make it much more difficult to deliver a Labour government”, while Conservative leader of Trafford Council, Susan Williams, called the scheme "political suicide" for Labour.

However, Manchester Central MP Tony Lloyd insists that swift action and investment is needed to improve Manchester’s transport systems and cut congestion, which is affecting the local economy and environment.