Transport Minister Norman Baker called last month for train companies to release their punctuality figures to-the-minute, rather than the generous 10-minute and 5-minute windows long- and short-distance services are afforded. Understandably, train operating companies are loathed to do this as it will show a very different picture to the current data. 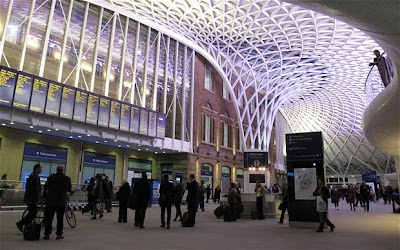 So, with the help of a friend with access to actual arrival figures, I looked at yesterday's London King's Cross arrivals for trains that had called at Peterborough on their journey in. There are a total of 90 trains in question, operated by East Coast and First Capital Connect. Services operated by Grand Central, First Hull Trains and East Coast services that pass through Peterborough were omitted. 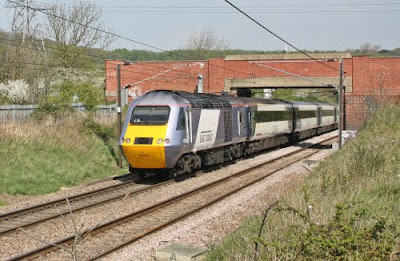 These figures are very encouraging. They also appear to be unrepresentative from personal experience. There were some very telling examples of how additional time is given to trains on the last leg of their route from Peterborough so that any delay has a good chance of being disguised by the extra minutes built into the timetable. It was commonplace to see trains from Newcastle running between 6-7 minutes late yet recording a 4-minutes-early arrival in London. While a 6-7 minute delay is, under the current recording method, not considered late, to all but those running the trains would consider it to be so.

The company, however, had an excellent day overall. It would take too much time to look at every station along the ECML and record the actual punctuality of trains at, say, Doncaster, but I can say with some certainty it would not be as high as the average 3.52 minutes early arrival in London. 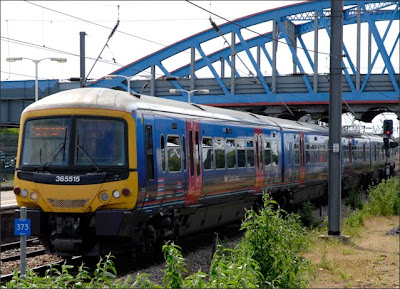 In summary, the ECML and its two busiest operators had an excellent day yesterday. Is it representative? No! It most certainly is not. Often delays are beyond the control of the TOCs when infrastructure fails or vandalism takes place. Yesterday, however, saw a rare glimpse of that which operators, the DfT and Network Rail would like us to think will become the norm, in time. And I hope it will. I certainly wasn't going to shy away from revealing my case study just because the data was not as I'd expected it to be. Well done to all concerned.

Some points - The Public Timetable is the "Public performance Measure" (ie what the public are told via timetables and electronic sources such as CIS).

Working Time is the internal measure; Operators like FCC will frequently have a 2-minute differential (between working and public times) for Peak Time arrivals - this protects the Public Performance Measure were it might (like South Eastern last year) ensure you don't pay out refunds and discounts!

The other 'fiddle' is 'Diamond' (or Performance) time or 'box' (engineering recovery time) which gets added into the timetable for the last part of the journey. So 1A36 has 2 Mins perf. time approaching Ally Pally and 2 mins Box time at Finsbury Park and a 3 minute working/public time differential at KGX.

1Y53 has 10 mins box time at Potters Bar, a further 2 mins at Finsbury Park and a 3 minute working/public time differential at KGX

Passengers leaving it to the last minute is a major contributor of overtime at stations. The only way a train can get any of that time back is through any pathing or performance allowances built into the timetable. Buses and coaches can and often do travel faster breaking the speed limit in order to make up time.