One of my favourite transport stories over the past few months is of the re-opening of a former freight railway line along the West Side of Manhattan. Just over a decade ago, the elevated line was pencilled in for demolition, but this was fought by the Friends of the High Line, who were formed in 1999. 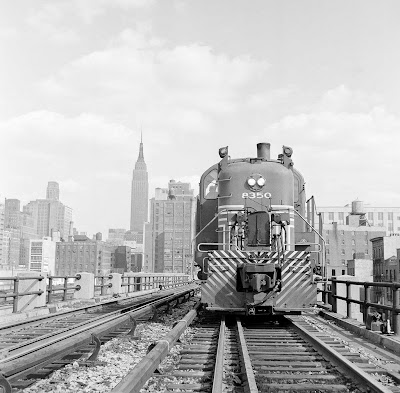 If you're familiar with Manhattan, the High Line runs from Gansevoort Street in the Meatpacking district, through to West 34th Street (between 10/11 Avenues). It offers a fascinating view from above as it snakes through the high-rise buildings in New York's most famous borough. 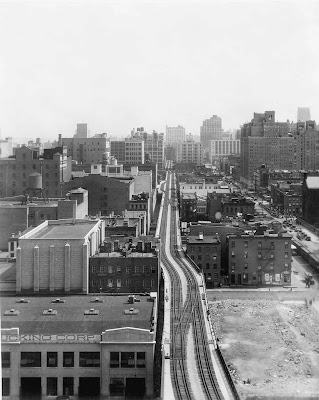 Demolition was planned primarily to remove the eyesore of rusty struts and bridges from view, though with the nature of the route being as it is, replacing the structure with housing or retail outlets was always going to be problematic as they too would need to be elevated. I suspect very little persuasion was needed to twist the City of New York's arm to consider an alternative to its destruction.

There has been a long tradition in the UK of converting former track bed to cycle paths. It is relatively cheap to do and has the added benefit of allowing the track bed to once again carry trains in the future - something that those campaigning for the Oxford-Cambridge line (that received money for a partial re-opening last month) wish had occurred towards the Cambridge end of the route, where the track bed has been built on and so the partial re-opening is from Oxford to Bedford only. The Woodhead Line is another former (electrified!!) line that was closed but has remained untouched, save for one tunnel bore, could re-open to alleviate trans-Pennine congestion. 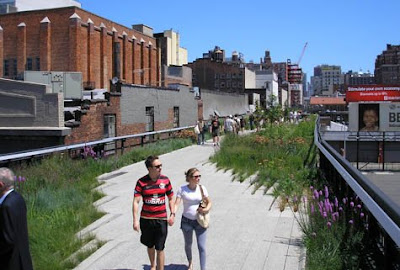 Back Stateside and the High Line would be considered a very new line by British standards, being constructed as late as the 1930s. Freight trains operated until 1980 and by 2002 the local authority officially offered its support. The entire route has been fully landscaped and offers a tranquil park setting where visitors can walk, cycle or just lay out on grass and catch the sun. The whole 13-mile High Line structure has been converted and is fully wheelchair accessible. 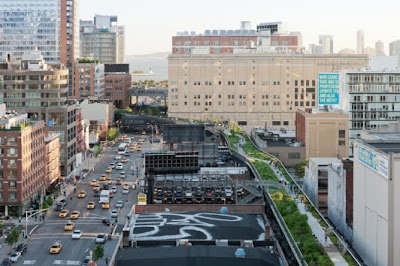 Construction on restoring the High Line began in 2006, with the first (southern) section opening in 2009. It wasn't until 2011 when all sections were open. Current estimates show that around 3 million people are expected to visit the High Line during 2012. For me, what it offers, while no longer being anything vaguely railway-like, is the area of calm amidst one of the world's most bustling metropolises.

Of course the French got there first with the Promenade Plantee in Paris.
RogerB

It looks wonderful, and imagine what could have happened if something similar had been done with the Liverpool Overhead Railway when it closed in the 1950s - though that was perhaps before ideas like this had become fully formed.

However, I do wonder about whether these schemes do help future reopening - look at the controversy aroused when reopening the Wenford Bridge line to allow over 8,000 China Clay lorries to be taken off the narrow Cornish lanes was proposed.