There are two types of Park-and-Ride (P&R) scheme here in the UK. The first sees free parking, while a per-person fare is charged for travel on the bus, tram or train to the town or city centre. Often, discounts for groups are available. The second sees a charge for parking and free travel on the bus into town. Usually, the latter is the cheapest option for users of the service.

Sadly, though, most schemes offered see free parking and a per-person payment on the mode of transport. The schemes still offer good value for money, often with patrolled and semi-secure parking and a swift and efficient journey to and from the centre of town. 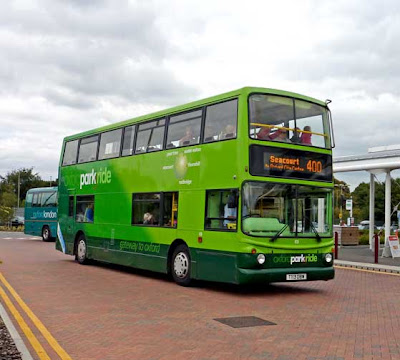 A third option is likely to exist in Oxford, as both Oxfordshire County Council and Oxford City Council have admitted with it is 'inevitable' they will have to charge motorists to park at three of their P&R sites, in addition to the bus fare.

Budget shortfalls are being blamed and the reason for planned parking charges at the Redbridge, Pear Tree and Seacourt sites. Hitherto, the sites were operated by the County Council, but their operation has since passed to the City Council. The annual cost of operating the sites is £700,000 and has recently been hit by a £250,000 deficit in this year's budget. 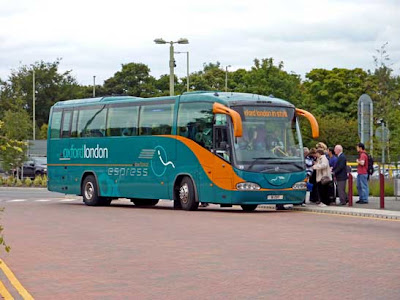 Two of the city's P&R sites are used additionally by many hundreds of commuters bound for London, who park at the Thornhill and Water Eaton sites and make journeys to London by the frequent coach services offered by Stagecoach and Oxford Bus Company. Plans are being considered to charge these London commuters to park here and leave the area, while maintaining free parking for those heading into Oxford city centre. How this would work has not yet been revealed. 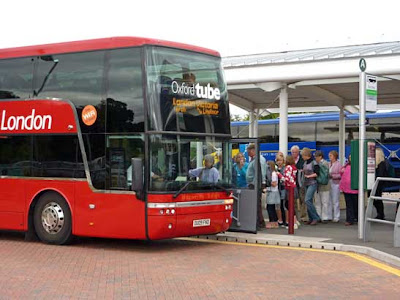 One of the problems charging commuters to leave their cars at P&R sites is the knock-on effect this would have on bus revenues. Oxford is the only place in the UK, we understand, whose P&R network is operated on a fully commercial basis. The imposition of an additional charge could see revenues fall and have a similar effect on operators' profit. Could the bus companies consider asking for financial subsidy to run journeys outside the traditional operating hours if the effect is so detrimental?

It could be argued that applying the financial savings to the P&R sites is better than doing so to local bus services. The effect of having £250,000 slashed from the money used to provide much-needed rural services would be devastating. Better, then, to try and find the savings from a more manageable area. 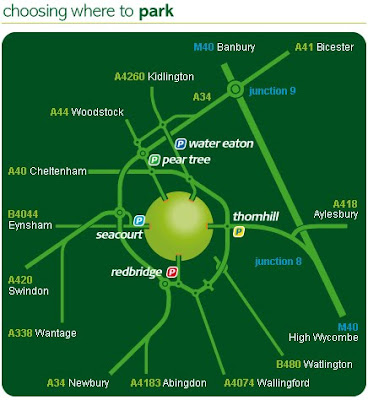 A city council review is expected, which will reveal the likely cost to park at the three affected sites and what, if anything, is likely to be done to charge London commuters parking at Thornhill & Water Eaton.

ur site have great travel info :p
it rocks
http://www.pksamp.com/