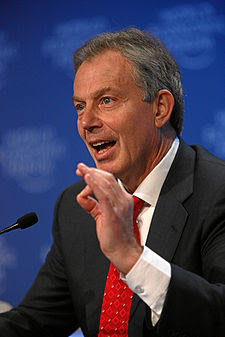 and for a good number of years British Rail made one, too, which continues to be made today.

We're talking about the journey time on northbound trains between London King's Cross and Peterborough stations. Inter-city trains operating for East Coast and before that National Express East Coast, GNER and British Rail have a timetabled journey time between the two points of 45 minutes.

For years and years, presumably since the electrification of this section of the East Coast Main Line a couple of decades ago, this headline 45-minute journey time has ensured Peterborough residents have been able to return home from work or a leisure trip to the Capital in a time that can only be envied by millions of people living a similar 80-mile distance from the centre of London. Only two years ago, I travelled on a 'Down train' (northbound) that had an even better journey time of 44 minutes.

However, on the numerous occasions m'colleague and I travel to Peterborough (the LEYTR area's southern gateway, if you will) the advertised arrival time of 45 minutes (or similar) never, ever appeared to be attained. Checking today's timetable, and only counting trains operating non-stop betwixt KX-Peterborough (i.e. omitting those calling at Stevenage) only three are booked to arrive in 45 minutes: 0900, 1000 & 1300 ex KX. The remainder are shown as taking longer - up to 8 minutes longer.

45 mins = 3 trains
46 mins = 18 trains
47 mins = 8 trains
48 mins = 2 trains
49 mins = 4 trains
50 mins = 2 trains
51 mins = 1 train
53 mins = 1 train
Looking at yesterday's timings for the three fastest journeys, they all arrived at their booked time, with the 1300 making it in just 44 minutes. All departed between 1 and three minutes after their booked departure time, though this can be for a whole host of reasons. And in any case, it's the arrival time we're interested in. With such conformity, it's got us wondering why we have the impression that KX-Peterborough in the booked 45 et al minutes seemed to always be impossible, when it was clearly attained today on multiple occasions.

We both travel far too frequently to be that unlucky. There have probably been occasions when we've been held from departing KX for a minute or so and because the 0:45 is so tight, don't fully understand that we'll not be able to make even 1 minute up. Then there's the queue to leave the train and by the time you're on the platform and have chance to look at the clock, two minutes could have passed.

A LEYTR member, who's also a train driver, recently had a go on a simulator for this very section of line along the ECML we've been discussing. He states verbatim: "How do you find East Coast's punctuality northbound, arriving Peterborough? Do they actually keep to that 45 minute timing? The simulation I've been operating needs to be operated flat out to the line limit all the way but the stickler is the signal regulation down to nearly a stand to cross over the platform upon arrival at Peterborough".

Seasoned ECML train drivers will no doubt have their own opinions. Non-stop in 45 minutes is still an excellent timing though, which despite our misgivings of the past, appears to be maintained fairly regularly. This is something both TOC and Network Rail should be congratulated for - especially with such congestion along the route. Prior to checking out the data, we'd been prepared to write an entry that asked why such a headline-grabbing journey time is advertised when it's effectively impossible.

This is clearly not the case. As a result, Peterborough continues to be considerably closer to London than a number of equally distanced cities and towns from the Capital. It's just a shame southbound trains have up to 10 minutes added to their equivalent journey times. But that is another story!

*UPDATE* From 'Mr Smith': I have a list of the fastest times recorded by the Railway Performance Society but I'm sure there was an element of major speeding involved, especially north of Stevenage to get the recorded times. I didn't realise only 3 trains now are booked to make the headline journey time, averaging 102mph. Virgin Trains make it to Milton Keynes in 30 mins, averaging 100mph. 125mph running starts somewhere near Harrow - about 9 miles out of Euston, whereas East Coast only 115mph is permitted around this distance out from KX; 105mph through Welwyn Tunnels and 125mph from Woolmer Junction.