Getting the job done

Increasingly, I'm finding that fewer and fewer workers within the transport industries are happy wearing ties. People I consider of sound mind and judgement take the view that "the addition of a tie to a person's uniform does not get the job done any better". That view in itself is not something easy to argue with. 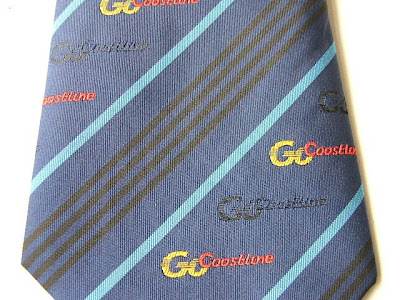 While no longer in operation, the Percy Main-based Go Coastline operation had a substantial tie
As someone with around 1,000 bus, coach and rail-related ties in his collection, I'm naturally going to be a little biased towards the wearing of ties in the transport industries. I believe that all bases are covered nowadays: clip-on versions have been around for decades, satisfying workers that perceive violence towards them as a possibility. 'Elf & safety concerns on hot summer days have seen most of the large corporations allow employees to remove ties when the temperature rises above a pre-determined level or, more akin to the bus industry, from June through September. 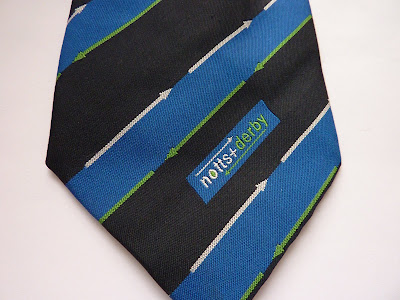 Wellglade-owned Notts & Derby's tie is produced by the same company that supplies all its subsidiaries. Another substantial tie, nothing like the 'drainpipe' examples of the early-90s
Smaller, though by no means lesser, considerations are made by those with passenger facing roles that can see their tie hinder their work. Coach drivers that have a considerable amount of luggage to load could have a case for their tie getting in the way when doing this. In 2007 National Express informed its coach drivers that they were permitting tie removal all year round, which caused problems with many of its third-party contractors who have much stricter tie-wearing policies. NX relented and agreed that 3P rules must take preference here, but to the non-tie wearing brigade, this should come as comfort that some large companies understand the smaller considerations being voiced. 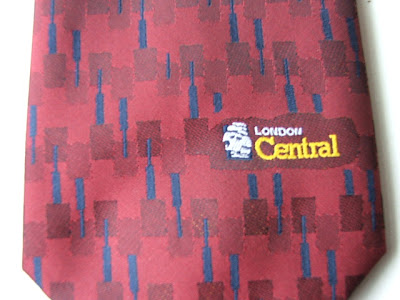 Another Go Ahead tie is this for London Central. It's a few years old now and I'm unsure whether or not it's been superseded, but it's a striking example of how modern ties are still very much in fashion
No, for me, wearing a tie in the transport industries reaffirms many positive images. Confidence, ability, trustworthiness, professionalism and smartness. The wearing of a tie, and indeed a uniform as a whole is not primarily for the employee's benefit, but that of the passenger, who much prefer someone who looks the part rather than one who looks as though he ought to be stood in a field scaring crows. 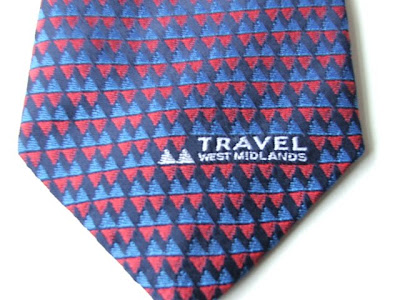 Since 2001, National Express has only ever issued employees with good quality ties. This is one of its latest Travel West Midlands examples (penultimate issue)
We all know of an operator whom we refer to as a 'cowboy outfit'. His/her employees likely as not don't even have a uniform. Dented bodywork and no destination equipment can also be the order of the day, yet it doesn't 'slow the job down'. No, but passengers often allow these vehicles to pass and wait for the smarter, image-conscious company, whose driver has been issued with a smart uniform, complete with a tie. 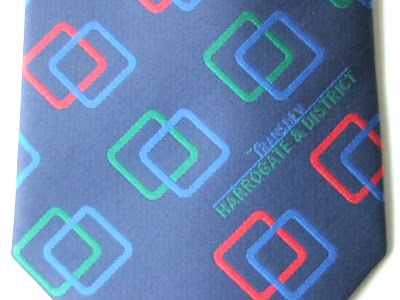 If there were to be a Tie Award, based on the quality and design of ties issued within the bus and coach industries, I'd give a 'highly commended' to Transdev, whose examples for a number of operations 'up north' are superb. This is for Harrogate & District - Keighley & District's is identical, but with updated wording. As to who'd win the coverted title, I'll leave that for another time
Modern tie design seems to be reverting to those of yesteryear: wider, longer, thicker - significantly accentuating the garment and the impact it has when hanging around an employee's neck.

My tie collection (a work in progress)

I'd be very interested to hear from anyone with ties to sell or donate to my collection. With so many ties, I've developed a network of people who use me as a broker for their collections. Please feel free to consider me before placing your bus/coach ties for sale online or on stalls at rallies. I pay the market rate and can almost guarantee to take any bus/coach examples off your hands, provided they are in at least reasonable condition - even if you see those you have for sale in my collection already. I also consider the purchase of whole collections, too. Contact via the Editorial email address.

What an excellent post, and I couldn't agree more.

How can a highly skilled Professional PCV Driver be perceived as Professional without looking Professional? He/she should command respect from other road users - this is difficult when wearing jeans and t shirt.

Nothing beats the great outcome of wearing a tie. It definitely adds a respect for someone who wears it. Just like in a wedding for example, a groom wears it to look presentable for his bride. Makes sense. Those who are required to wear a necktie at work should really comply.