Alexander Dennis Limited, of Falkirk, had prepared itself to potentially make 900 of its staff redundant, though an order for a sizeable chunk of Stagecoach's annual shopping order has secured the jobs of its workforce. 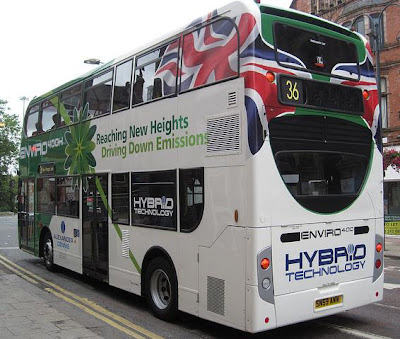 Although used by Transdev, this vehicle was built by Alexander Dennis and operates using electric-hybrid technology. Oxford has recently seen 26 examples enter service and Manchester is to receive 30 in the coming months
On Monday, Stagecoach announced an order for 338 new vehicles and 70% are to be built at the Falkirk factory, Scotland, in a deal worth around £35 million.

It comes as welcome news indeed for the manufacturer's workforce, which had been working a three-day week for the first 12 weeks of the year, to spare further redundancies (200 jobs were lost in 2008). 80% of the company's market is the supply of buses and coaches to the UK market, and contracts for buses have also been called from Hong Kong and the United States of America, though these are made at its factories in Hong Kong and California respectively. 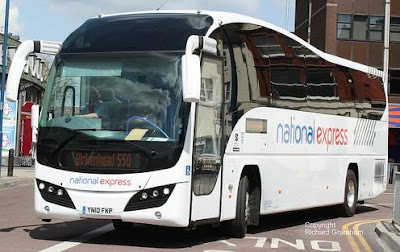 Alexander Dennis purchased Scarborough-based Plaxton in May 2007 and are now consequently behind the development and production of the new(ish) Elite body, seen here on a Selwyn's vehicle. 16 are in the process of being delivered to Stagecoach for use in its NX diagrams
Stagecoach has ordered: 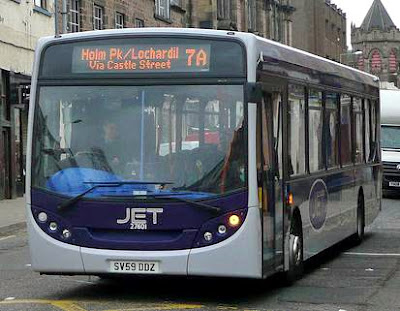 Rapsons began operating a service linking Inverness with the city's airport some miles east. Branded 'Jet' the service has since seen single-deck ADL 300s allocated, retaining the special livery. 70 further examples have been ordered by Stagecoach
Additionally, orders for non-Alexander Dennis vehicles come in the form of 3 Optare Versas and 9 Optare Solos. Orders detailed above include existing orders that do not form part of the recent 340-vehicle order placed. It's also worth pointing out that Stagecoach's joint-founder and current chief executive Brian Souter has a personal stake in Alexander Dennis Limited.