Top of the Ops

A relative newcomer to the National Express scheduled coach network has walked away with the superbrand's coveted Top of the Ops Award at a recent awards ceremony. Luckett's Coaches of Fareham was named the best of all National Express' third-party contract operators, of which there are 44. 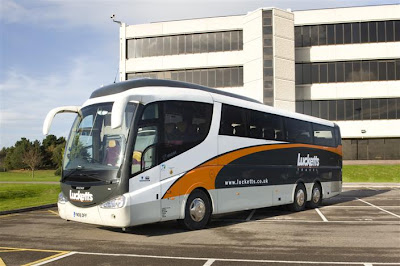 The number of third parties undertaking NX coach work has steadily risen following the reduction in work covered by the larger operators. Silverdale of Nottingham was the beneficiary of Trent Barton's decision to surrender its diagrams in 2007 and South Gloucestershire Bus & Coach has gained its first regular services following First Bristol (and more recently Devon & Cornwall) relinquishing their work.

Luckett's Coaches has become a relatively large operator of NX coach services quite by chance. There have been no major operator changes along the South Coast over the last few years. Lucketts has been the main beneficiary of NX's desire to fight back against the inroads to its dominance by newcomers Megabus and Greyhound, and Fareham is ideally situated from where to mount a counter-attack.

Not that Lucketts is in any way in dispute with any other operator; indeed the official line from NX is that they themselves relish the challenge posed by increased competition and are confident that their passengers will see they continue to provide the better service.

So how has Lucketts managed to scoop the top prize so soon? Surely if the company was that good, they'd have been considered by NX for their scheduled coach operation years ago. The answer lies in Lucketts' core business - day tours and holidays. They were simply not in the market for stage-carriage services until the NX timetable change in March last year when they mutually decided to commence operation of five services: Service 027 (London-Chichester); Service 030 (London-Portsmouth/Southsea); Service 031 (London-Portsmouth); Service 032 (London-Portsmouth/Southampton); and Service 300 (Southsea-Bristol). They also ran the seasonal Butlins service between London-Bognor Regis. 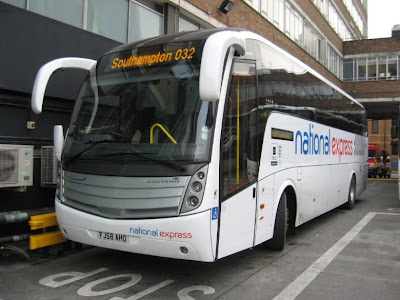 Luckett's Coaches provide NX-standard Levante coaches
Their emergence was largely due to alterations to operators in the area, with Arriva's Tellings Golden Miller subsidiary and Transdev Bournemouth being assigned slightly different diagrams.

In September, Greyhound commenced its operation and NX fought back immediately (well, actually beforehand, with services legitimately not registered with VOSA and hence not covered by BSOG) which were provided by Lucketts.

The family-owned company is now firmly in the NX fold of operators and has cemented its place further with this prestigious award. Generally, those third-party operators whose main bread-and-butter is coach work tend to fair highly in the annual awards, with names such as Galloway European, Excelsior Coaches and Haytons frequently being in the upper quartile. Only Arriva and Go Ahead represented the 'big five', with Arriva Midlands, Classic Coaches and Go Northern winning different categories, based on size of their respective fleets.

We've unofficially seen the full document, ranking all third-party operators and while there's a winner, there's also a loser. We won't divulge who the poorest NX third-party performer is because their score is pretty woeful and it may detract from the good work the specific company is striving to achieve in order to allow someone else to be ranked 44th next year.

On a personal note, we always enjoy travel with Bruce's Coaches of Salsburgh and find the cleanliness of Selwyn's NX fleet unbeatable. East Yorkshire provide some very well-mannered drivers and we've had some memorable journeys aboard services provided by Ambassador Travel, too.