This time precisely one year ago, the LEYTR Editorial and a couple of hardy Associates, made our epic Top 'n' Tail jaunt between John o' Groats to Land's End, undertaken entirely by public transport. Our 'angle' was that we would reach the happy medium between duration and cost. We think we hit it very well, managing the maximum north-south journey in 32:07, costing £19.40. 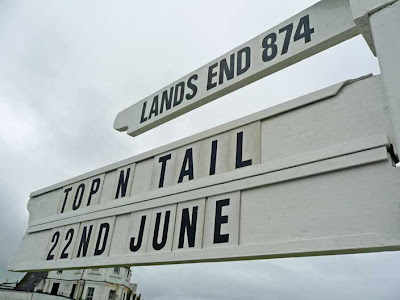 But as we mentioned at the time, the headline story only accounts for 50% of what is essentially a round robin. Our total expenditure from leaving home to returning five days later was £85.15, which comprised accommodation totalling £52.50 and travel costs at £32.65.

Not only did we choose to undertake the lengthiest A-B journey possible on mainland Britain, but we also chose to tie-in a few other journeys that took our fancy. Two of us, while travelling to central London, which was to be our start point, took a trip on the new Megabusplus service from Hull to London; we travelled on the UK's longest scheduled coach service, that was severely curtailed in March; we also travelled on the UK's longest duration scheduled bus service, too. As you'll see from our account, we also stumbled across the world's shortest street on our travels. 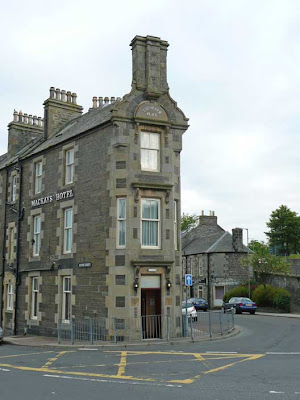 Ebenezer Place, Wick, the world's shortest street
Both LEYTR Associates had never undertaken such a mammoth journey by public transport before and while m'colleague and I, both stalwarts at lengthy transport journeys in the UK, tried to prepare them for what lay in store, both confess to there being a considerable amount of unknown factors affecting such a journey as this. The weather and vehicle type undoubtedly help, too. Punctuality is a must and we accept that you're in the lap of the gods here. While travelling to Thurso from Wick in order to start our epic journey, for example, our vehicle's windscreen wipers failed in heavy rain - this could have severely caused problems to our journey. 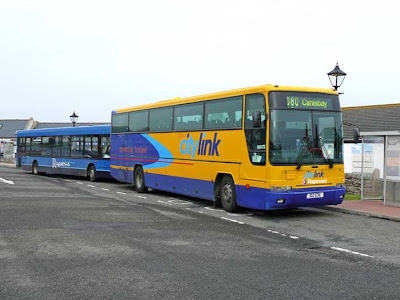 Both Stagecoach in Caithness vehicles, but none show any outward signs of this. Our vehicle, which formed the first bus of our John o' Groats to Land's End trip, is seen at the rear. We left 2 minutes late at 1027, bound for Thurso. 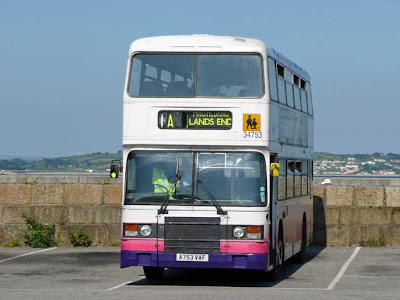 Our last vehicle of the journey was this ECW-bodied Leyland Olympian, operated by First Devon & Cornwall. The route taken to Land's End is not for the faint-hearted!
We all heartily recommend an epic journey like this. We chose to travel during mid-June to make the most of the long days and (hopefully) fine conditions. A year ago last night, we all wandered back to our furnished lodgings in Wick from the town's Wetherspoons pub at 11pm in virtual daylight. 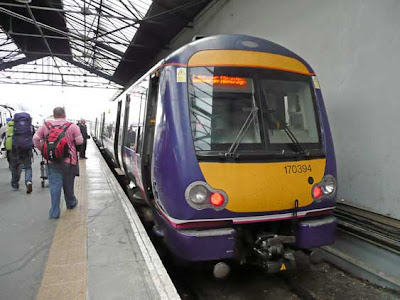 The bits in the middle were provided by two trains, both operated by First ScotRail, and National Express Service 336, at the time operated by First Devon & Cornwall. The entire journey saw us travel on services owned by Scottish transport groups. 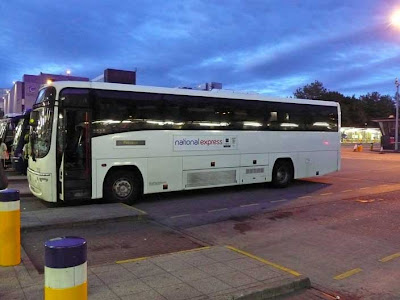 Bedding down for the night. As this blog entry is uploaded at 6am, this time last year, we were all safely ensconced aboard this First Devon & Cornwall Volvo B12M/Plaxton Paragon, somewhere between Birmingham and Bristol. 681.02 miles was the precise distance covered on this one vehicle alone (we noted the odo readings at both Edinburgh and Penzance)
How we'd love to do something similar again this week! Regrettably, we've all been unable to convene at the same time (one being out the country for six months hasn't helped, plus all-bar-one have changed jobs since last year) and come October, the weather will simply not be as reliable as in June. It's a shame but there's always next year. 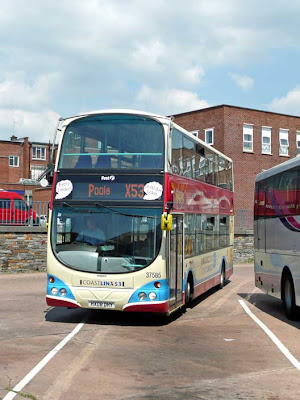 And because we could, we travelled aboard First Hampshire's Jurassic Coast Service X53 between Exeter and Poole which, at the time of writing, is the UK's longest-duration scheduled bus service
Read all about the LEYTR Top 'n' Tail jaunt here.