Who remembers these shots from what seems like yesteryear? 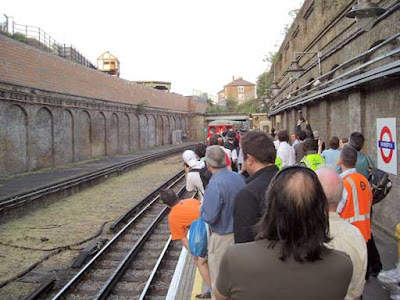 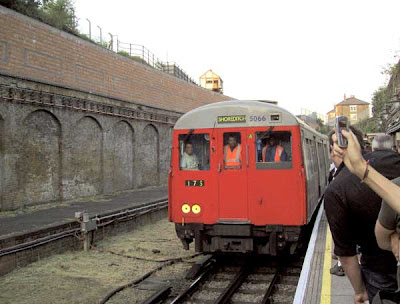 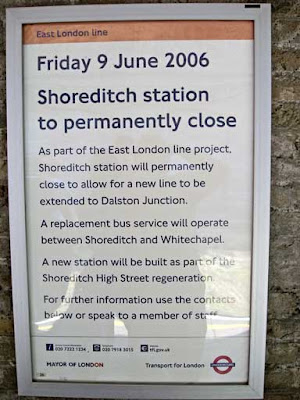 They were taken on 9 June 2006, which served as the last-ever day for London Underground's East London Line, which closed to make way for the £1-billion Overground network.

At 1210 on 27 April 2010, the first train ran between Dalston Junction and New Cross Gate via Shoreditch, marking the first stage of the outer-circle of heavy rail operation that circum-navigate London. 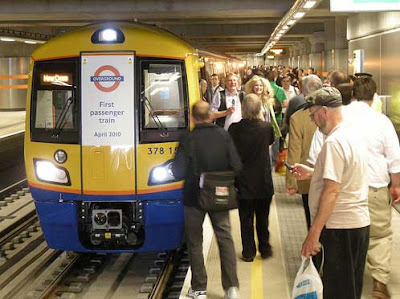 An unofficial map has been produced that nicely show off the way in which London will be encased with Overground operation. TfL will almost certainly never use this type of cartography, preferring to opt for one which integrates Overground with the Tube network. 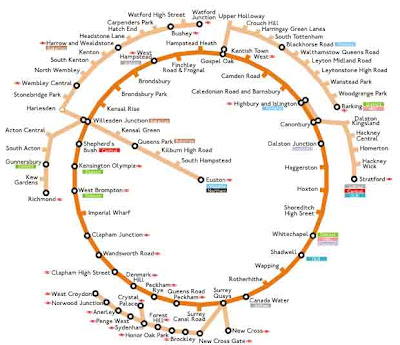 Click image to enlarge
We showed it to The LEYTR Stig who said: The cartography is a good likeness of that used by TfL, based on work by Harry Beck. The concentric circles' main limitation is that they do not show, nor could they ever clearly show, the connections available at each of the stations along their never-ending length. A good try and one for my personal archive if nothing else.

As influential as the LEYTR stig might be, he missed the biggest flaw with the circular Overground map - trains do not operatre round and round, and if they don't, nor can passengers do what they can do on the Circle line. TfL, while considering operating the route like this when planning was in its infancy, opted not to go with it as better use of trains could be found operating along the most needed sections.

Cracking blog btw- you don't make it particularly easy to leave comments though!