Could we have identified Britain's only parkway train station to be so isolated that is has no connection with the outside world via public transport? From 27 March, East Midlands Parkway was effectively marooned following the withdrawal of its last bus service, which linked the station with East Midlands Airport. 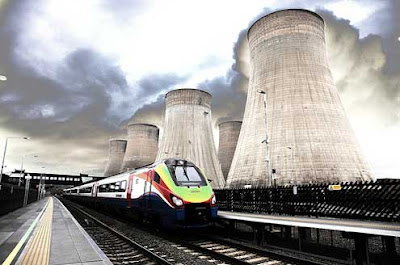 East Midlands Parkway is now effectively cut-off if you want to use public transport
The Railink bus service is still shown as operational on East Midlands Airport's website (below), despite having been withdrawn for a week. The option to download the timetable is also available and links directly to the required, now fictional, information. 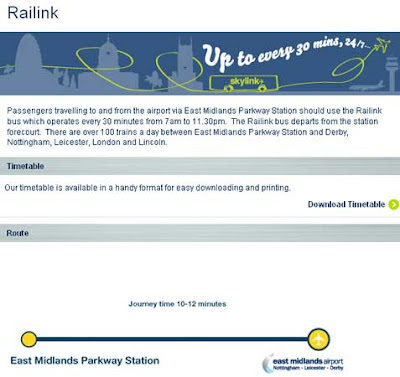 Taken directly from East Midlands Airport's website
And what replaces the bus service? A taxi. That's right, special airport transfer taxis are available for travel between East Midlands Parkway and Airport terminals. The fare seems very reasonable, though - just £3 each way, compared with the same price per adult return on the bus. While, for two adults making a return trip, there will be no financial saving, for any group travelling with 3 or more people, the new taxi link represents better value for money.

Can that be right? Have we actually reached the point where a taxi can offer better VFM than a bus?

The new transfer is provided by Village Cars, who presumably do not guarantee you exclusivity in the rear of their cabs, should others require the service at the same time. Baring in mind the flows will be busiest when a train has arrived at East Midlands Parkway, you could well find yourself sharing with others - thus removing the type of taxi service one immeidately thinks of. But for three quid can you really complain?

Ironically, the only service that now serves East Midlands Parkway is the Internet-only Megabusplus, who use the station as an interchange between coach and train.

From 25 April, Kinchbus withdraws its Skyline airport service from Loughborough station, preferring instead to use the saved resource for a doubling of frequency between Loughborough-Leicester. Hitherto, the Skylink route linked Loughborough train station with East Midlands Airport, though suffered from reliability issues and when faced with the cost of additional vehicles required to maintain the same headway, the Loughborough station section was withdrawn. 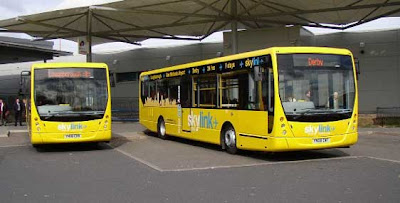 Wellglade provide Plaxton Centros to their Kinchbus-operated Skylink service, though the route will no longer provide a direct link for rail passengers alighting at Loughborough and East Midlands Airport
It is, however, pleasing to see the increase in semi-fast Loughborough-Leicester bus journeys are to be operated commercially by Kinchbus.

Our informed insider warns of further cuts to public transport links with East Midlands Airport, who are feeling the recession still - seeing a significant reduction in flights and the knock-on effect this is having with those requiring transport to work there.

The only official notification of the Railink withdrawal between East Midlands Parkway & Airport terminals we found was courtesy of Traveline and can be viewed here.