Fact of the week 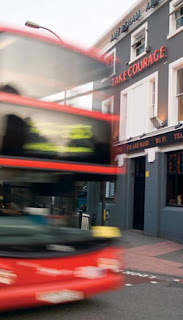 Certain bus routes in London carry more passengers that the whole of the Manchester Metrolink system, according to Transport for London's managing director: surface transport, David Brown. The man at the top also revealed that the average number of passengers on any one of his 9,000 iconic red buses is 17, which apparently is better utilisation than the Underground and every other bus network in the UK.