The railway event of the year at Skegness took place on Monday 15 September, when the terminus was visited by 67005 "Queen's Messenger". Not only was this the very first Class 67 to travel on the branch north of Boston, it is also the first time that a Royal Train locomotive has visited Skegness. It was on a route-learning run for EWS drivers. 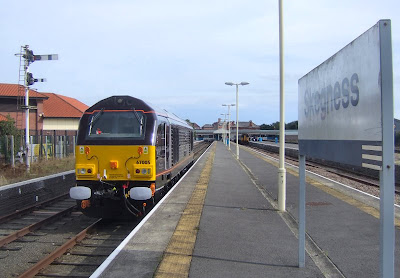 The locomotive was immaculate, apparently having had a recent refurbishment and repainting, the trip to Skegness also being a test run following this work. 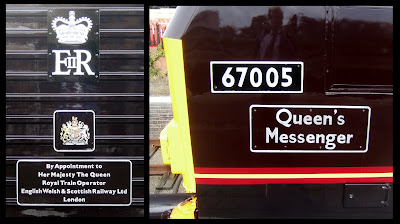 It departed at 1217 and this can be seen in the video below.


The following day, another 67 appeared on the Route Learner, this time a rather grubby 67027 "Rising Star" worked to Skegness. 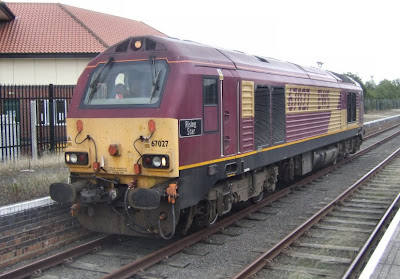 On Wednesday, 17th September, 66001 appeared at Skegness. This is the very first of the Class 66s to be built. It transpired that Class 67s are actually not permitted on the Boston to Skegness line due to weight restrictions, and it was only through an oversight by EWS that they appeared on the branch the previous two days! 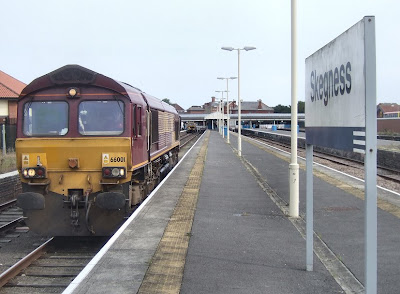 Photos LEYTR. Click on each for an enlarged image.